Handmade paint on Venetian plaster on linen over panel

Handmade paint on Venetian plaster on linen over panel 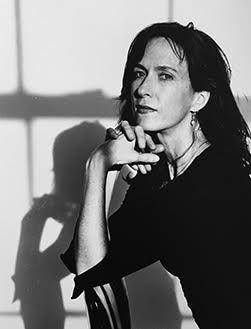 A working artist for over four decades, Shawn Dulaney’s paintings are layered constructions of color, spacious abstractions that read like cloud banks, flows of water, magnetic fields charged with monumental energy. Doug McClemont of ArtNews writes that Dulaney’s paintings “concern the earth, and the unyielding hand of nature”. Her work has been described by William Zimmer of The New York Times as belonging to “a very strong tradition, that of 19th-century Northern European Romanticism in which nature was seen as corresponding to human emotional states.” He says of her work, “Ms. Dulaney makes it clear that her inner life is very much a part of each painting, and this alone distinguishes it from most abstraction… Shawn Dulaney is deliberately out for grandeur. but she is also out for intimacy. Her paintings take advantage of their innate ambiguity and declare themselves to be very current in the thinking that lies behind them.” Her surfaces, as described by Dominick Lombardi-also of The New York Times, are “exquisitely painted”, and “a pleasure to see.”

Exhibited widely, her paintings can be found in extensive public and private collections including those of the Hunterdon Museum of Art in New Jersey, the Venetia Resort in Macan, China, JCrew in NYC, as well as in the private collections of author Annie Proulx, actor Steve Buscemi, the late artist Jo Andres, talk-show host Conan O’Brian and musician Stuart Copeland. Her work has appeared in episodes of TV’s Sex & the City, Enlightened and Portlandia, and the films It’s Complicated (2009), Interview (2007) and John Wick 3 (2019). Her work has been reviewed in ArtNews and The New York Times, and has been featured in Parabola and New American Paintings.